You can download a PDF version of the by clicking this link: CVA Bylaws.

SECTION 2. NON-DISCRIMINATION. People seeking membership are accepted into this Corporation without regard to race, color, creed, sex, national origin, age, or handicap.

SECTION 3. TYPES OF MEMBERSHIP AND ANNUAL DUES. Membership categories, as established by resolution of the Board of Trustees, include active (Individual, Couple/Family, Contributing, or Business) and honorary. The Board may from time to time establish other categories as may seem to it in the best interests either of the Corporation or of the cause of the arts in its area.

SECTION 4. DUES. Dues for the Corporation shall be established for each membership category by the Board of Trustees and shall be paid annually to the Corporation. Annual dues for the upcoming year shall be receivable from October 1st to December 31st. Refunds of dues will not be made to members who resign from the Corporation.

D.                PLACE, DATE & HOUR: All meetings of the Corporation, whether of the membership or the Trustees, shall be held in (or within fifty (50) miles of) the Town of Farmville at such place, date and hour as may be designated by the person or persons authorized herein to call such a meeting.

SECTION 7. TERMINATION OF MEMBERSHIP.
A.                RESIGNATION: Any member in good standing may resign from the Corporation upon written notice to the Secretary; but no member may resign when in debt to the Corporation. Dues obligations are considered a debt to the Corporation and they become incurred on the first day of each fiscal year.
B.                 LAPSING: A membership will be considered as lapsed and automatically terminated if such member’s dues remain unpaid thirty (30) days after the first day of the fiscal year. In no case may a person be entitled to vote at any meeting or enjoy any other benefits of membership whose dues are unpaid as of the date of the meeting.

SECTION 1. BOARD OF TRUSTEES. The Board shall be composed of the President, Vice-President, Secretary, Treasurer, the immediate Past President and no fewer than three (3) and no more than nine (9) other members of the Corporation, whose interest in the arts has been amply demonstrated, all of whom shall be members in good standing and all of whom (except the immediate Past President) shall be elected for staggered terms of three (3) years at the annual membership meeting and shall serve until their successors are duly elected.

SECTION 1. CALENDAR. The fiscal year of the Corporation shall begin on the 1st day of January and end on the 31st day of December in each year.

SECTION 2. AMENDMENTS.
A.                AMENDMENTS TO THE ARTICLES OF INCORPORATION: Amendments to the Articles of Incorporation may be proposed by a resolution of the Board of Trustees recommending the amendment to the members unless the Board of Trustees determines that because of conflict of interest or other special circumstances it should make no recommendation and communicates the basis for its determination to the members. The resolution shall be submitted to the membership at a regular or special meeting. The notice of the meeting shall contain the date, time, and place, and that the purpose of the meeting is to consider the proposed amendment; the notice shall contain or be accompanied by a copy of the proposed amendment. The notice shall be given to each member not less than twenty-five (25) days nor more than sixty (60) days before the meeting. The amendment shall be adopted upon receiving more than two-thirds (2/3) of all votes of those members present at the meeting.
B.                 AMENDMENTS TO THE BYLAWS: Amendments to the Bylaws may be made by a majority vote of the Trustees at any meeting at which a quorum is present, provided a thirty (30) day notice is given to the Trustees and the membership of any proposed amendments. Amendments to the Bylaws may not be made by the Board of Trustees if within the thirty (30) day notification period at least twenty (20) members give notice to the Board of their opposition to said amendments.

Create your own user feedback survey 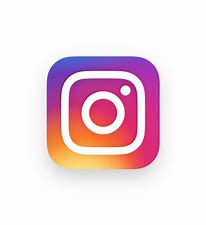